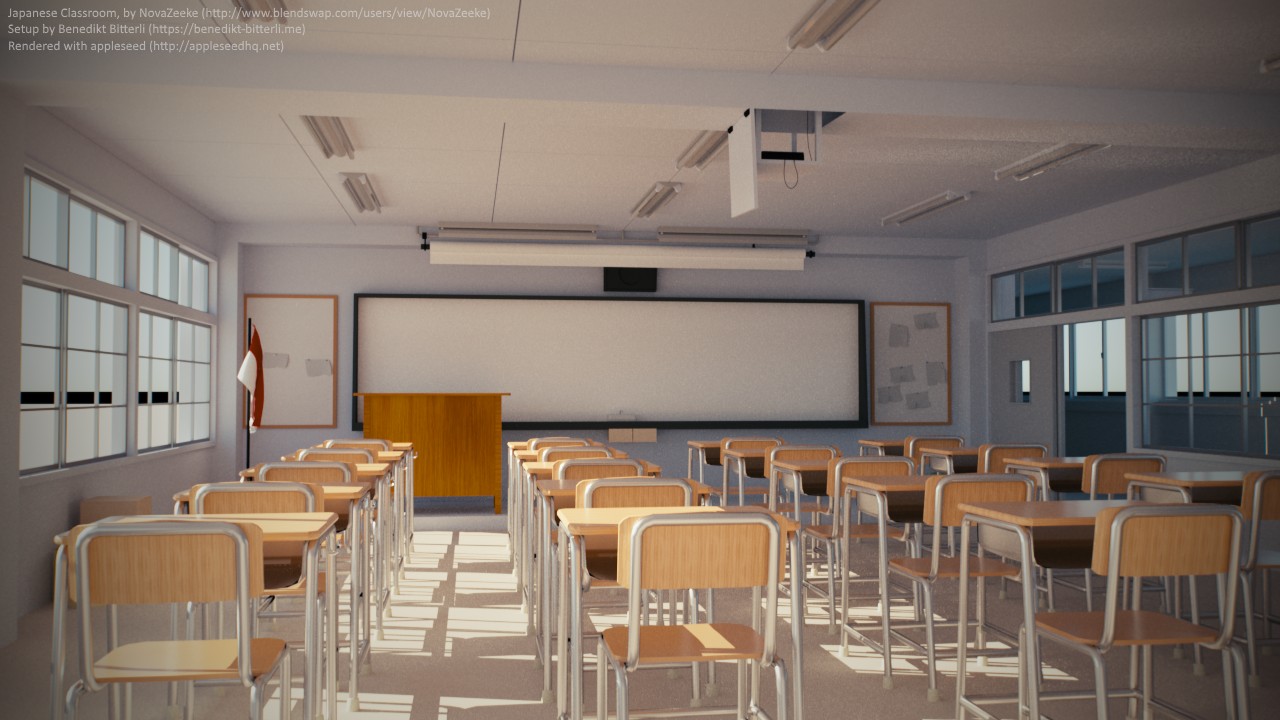 appleseed is actively developed by a small, international team of talented volunteers from the animation and VFX industry. Its core mission is to provide individuals and small studios with a complete, reliable, fully open rendering package.

Over the years appleseed has been used on several projects including TV documentaries, ads, promotional videos and an animation short. 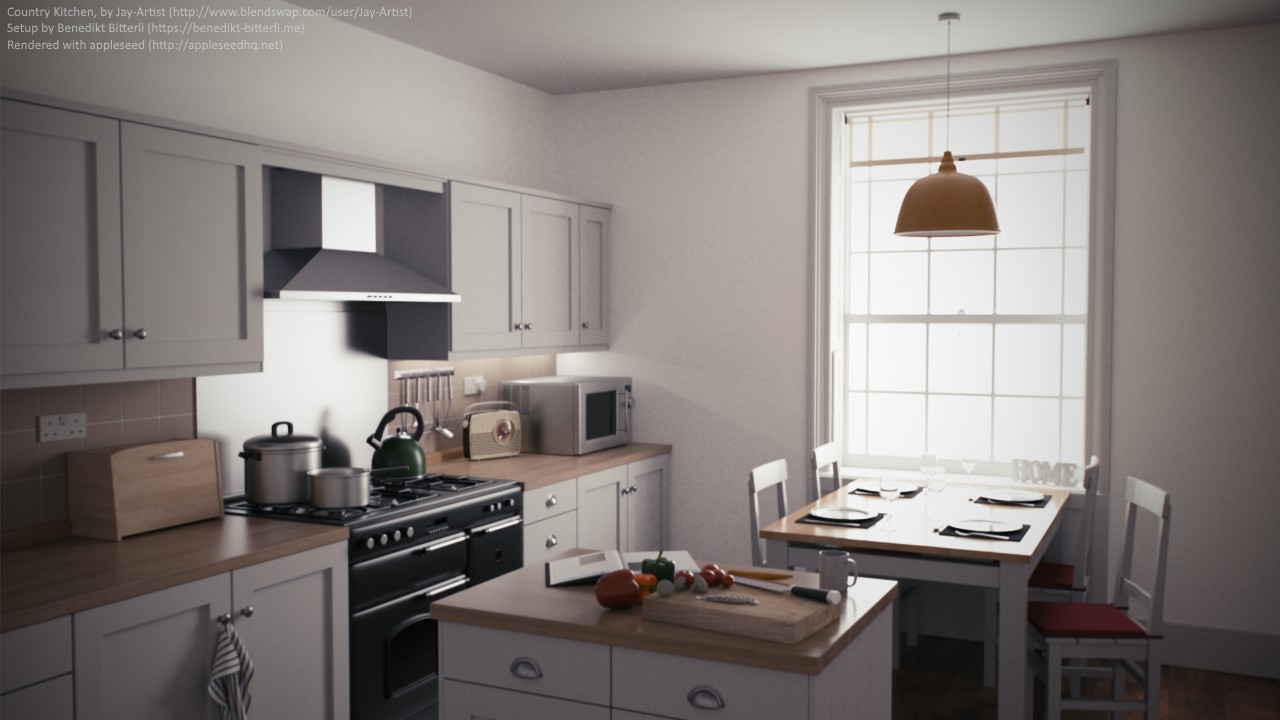 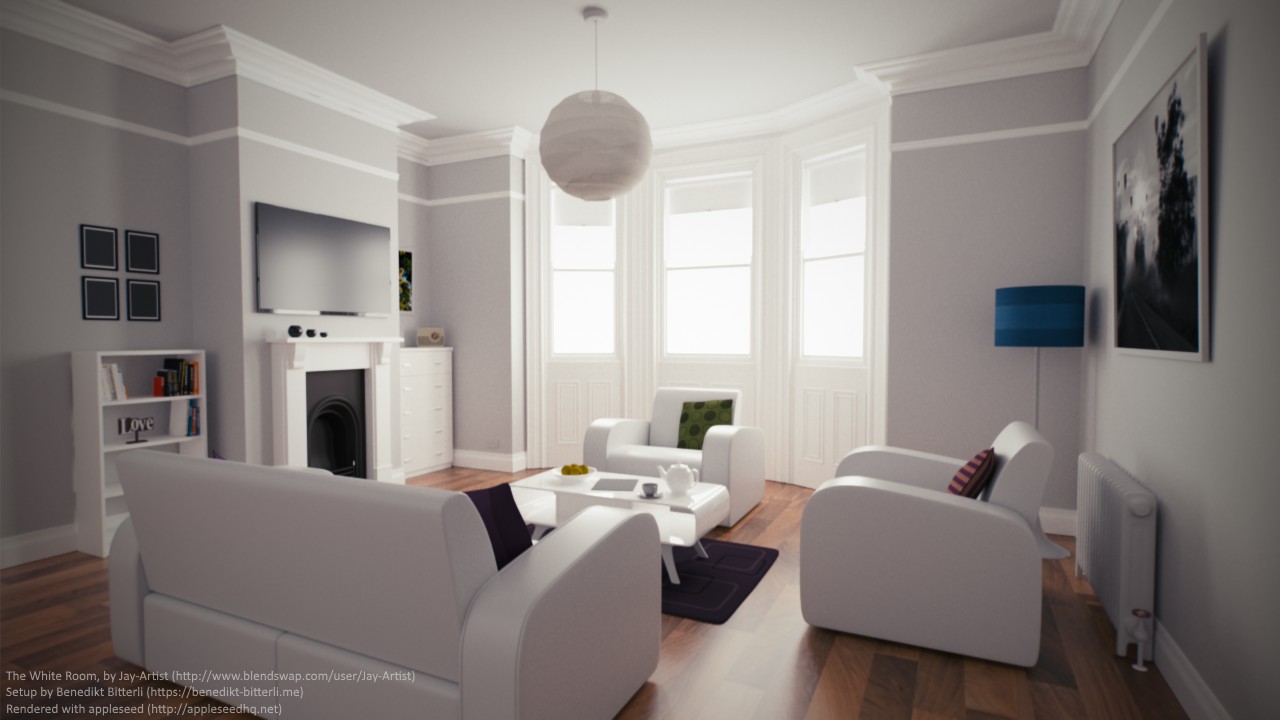 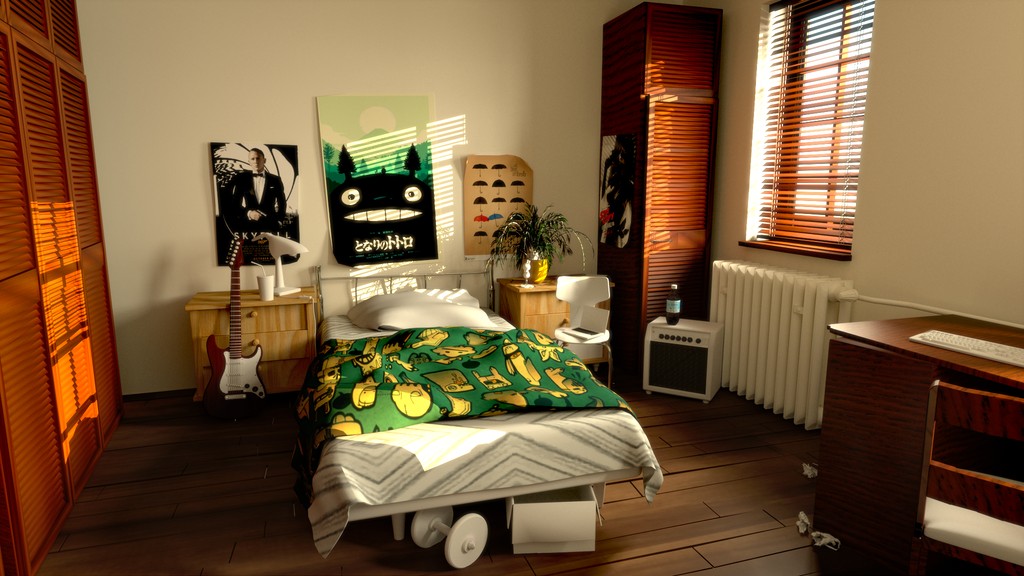 Along with the core renderer, the team is actively developing high quality integrations for common Digital Content Creation applications: 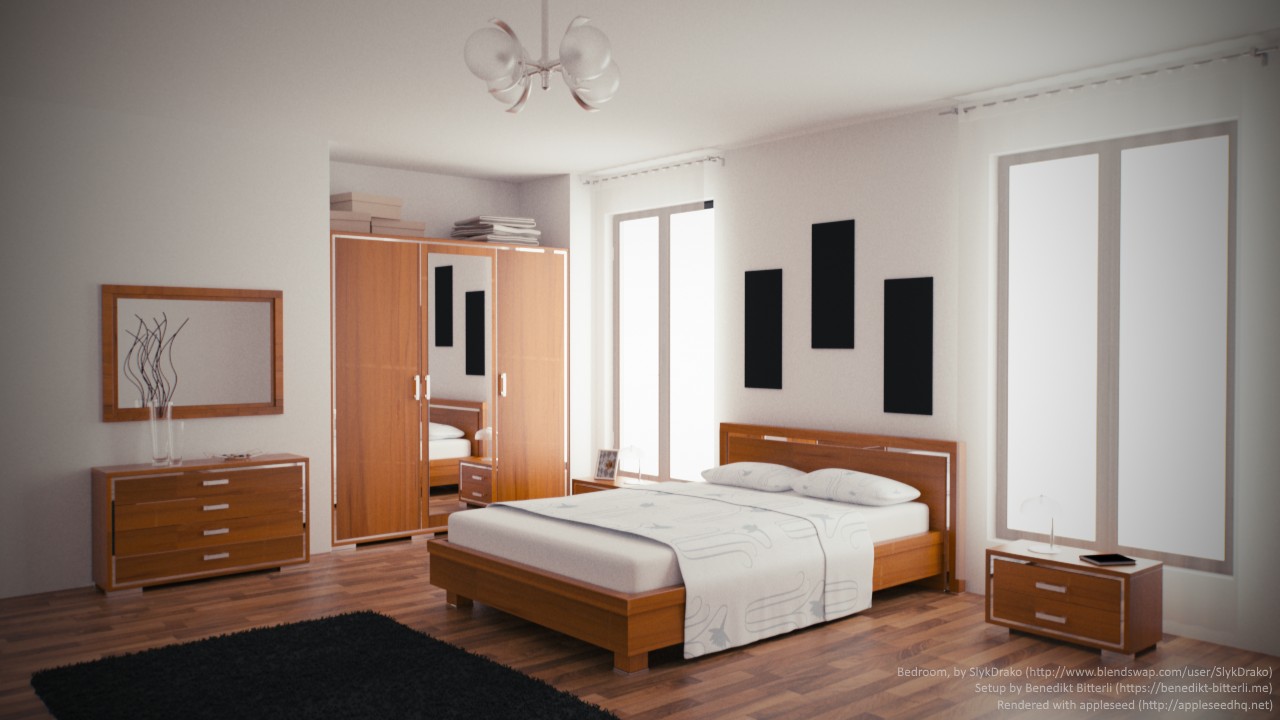 appleseed was founded in May 2009 by François Beaune, a former rendering engineer from the core R&D team at mental images (now NVIDIA).

In October 2011, the development of appleseed benefited from a technology sharing agreement with Jupiter Jazz Limited and received funding for one year. Since October 2012, appleseed relies on the continued effort of talented volunteers. 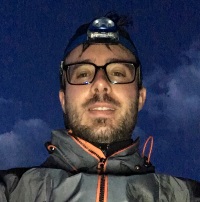 François is a software engineer specialized in production rendering and high-end visualization software. He joined mental images in 2004 where he co-designed and implemented the next generation of CPU ray tracing technology of mental ray and RealityServer. Before starting developing appleseed in 2009, he wrote toxic, an early open source global illumination renderer released in 2003.

François is Senior Software Engineer at Adobe on the Labs team. 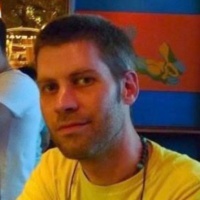 Esteban is a software engineer and VFX artist with more than 15 years of experience. He was the main developer of the Ramen compositor first released in 2009. He started working on appleseed in 2012, doing general maintenance, Linux specific development, Python bindings and lately, adding support for Open Shading Language shaders.

Esteban is Senior Software engineer at Adobe on the Substance Designer team. 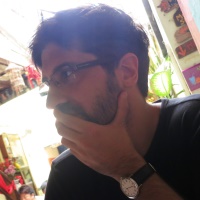 Luis is a freelance CG artist and shader writer with a background in fine arts and photography. He was a developer of Shrimp, a RSL node-based shader authoring system. He has a kink for physically-based rendering, RSL, OSL and VEX shader writing.

He is currently living in Kuala Lumpur, Malaysia. 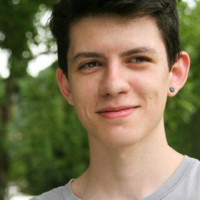 Kevin contributed to appleseed for the first time as a Google Summer of Code student in 2018. He is a young developer with a strong interest in computer graphics.

He is currently living in Strasbourg, France. 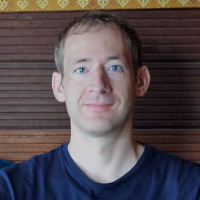 Herbert is a Research Scientist from Austria. After having spent years taming quantum optics experiments in Innsbruck, Barcelona, Oxford and Singapore, he currently works as a software developer for model-based systems. He holds a PhD from ICFO, The Institute of Photonic Sciences, Barcelona, Spain.

Herbert started out with appleseed in 2018 posting artwork on the forum. Since then he got ever more involved, mainly working on the integration plugins and providing help on the forum. 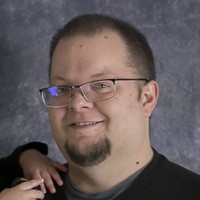 Jon got his start coding on the RenderMan for Blender plugin and then wandered over to appleseed because, as he puts it, he “liked the community ownership and spirit.”

Jon has an AOS in Electronics and a BFA in Theater Arts (specializing in sound design and lighting). He currently works in electronic components distribution. He is also the production manager for his church and plays drums with a local band. 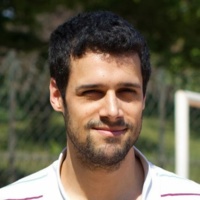 Dorian is a rendering lover since the first days of the CGI. He provides bug reports, testing, use cases, and technical feedback to have a production vision about how things could be done/used. 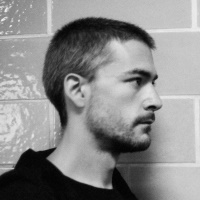 François is a self-taught CG artist with 15 years of experience as a modeler, animator and illustrator. He works in a small french video game company as an art director and team manager.

François is our in-house artist and contributes in many ways, from testing and providing feedback on our Autodesk® 3ds Max® plugin, to modeling test geometry and color grading our renders. Recently, he directed Fetch, a very short film rendered with appleseed. 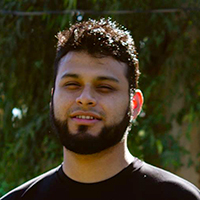 Juan Carlos is a self-taught 3D designer from Puerto Peñasco, Sonora. He discovered appleseed a few years ago. Ever since, Juan creates compelling renders, pushes appleseed to the edge and tests new features using the 3ds Max plugin. He also hunts ugly bugs while at it.

Juan has interests in CG and everything related to VFX and animation.

Thomas is a web programmer by day and an electronic music composer and DJ by night. He has also been playing cello for 25 years. Thomas implemented the previous version of the appleseedhq web site.

He lives in Annecy, France. 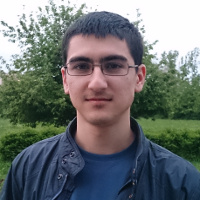 Marius is a student at the Faculty of Automatic Control and Computers in Bucharest, Romania. He is new to the open source community and always willing to learn new stuff.

Marius was a successful participant to Google Summer of Code 2014. During the program, he implemented a new editor in appleseed.studio for layered materials based on Disney’s BRDF model.

Joel is a freelance CG artist hailing from Austin, Texas, with a background in music, art, and multimedia. Joel contributed to blenderseed, an early integration of appleseed into Blender. 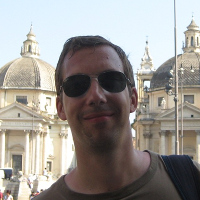 Hans is an architect with a strong interest in CG and VFX. In 2014 he started working on houseed, an early integration of appleseed and Houdini, as well as adding Open Shading Language support to Houdini.

Hans lives in Delft, The Netherlands. 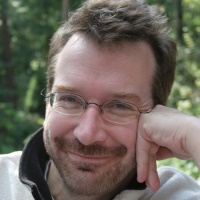 Haggi is a freelance VFX supervisor. He worked on music videos such as Sven Väth’s “The beauty and the beast” and on animated movies such as “Back to Gaya”, “Impy’s Island”, “Impy’s Wonderland”, “Animals United” or “Tarzan”.

Haggi is the author of mayaToAppleseed, an early native integration of appleseed into Autodesk® Maya®, which later became the first version of appleseed-maya.

Haggi has studied graphics design in Hannover, Germany where he still lives. 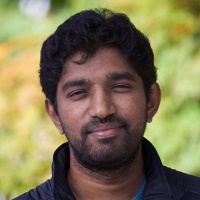 Srinath is a M.S. by Research student at IIIT Hyderabad, India. He is currently working on research problems that involve light transport algorithms, ray tracing and GPUs.

Srinath was a successful participant to Google Summer of Code 2014. His project focused on efficient ray tracing of curve primitives for hair and fur. 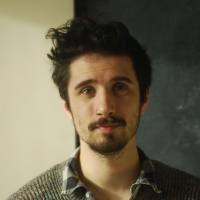 Jonathan is an animation director from London who also works in visual effects and technical direction. He is also the creator of mayaseed, an early exporter from Autodesk® Maya® to appleseed, which he has been using in production for a few years.